Fun fact: I lived in Vancouver in the mid 90's. Good times.


Out of my cave I have emerged to say that I'm a longtime fan of the Canadian Prepper. 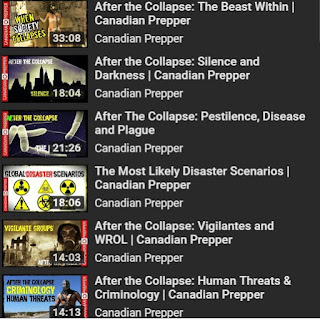 I've watched him evolve, its been an impressive journey. Canadian Prepper's older videos delved into the criminal mind and various predators. I also enjoy it very much on how he has an emphasis on the psychological aspect of survival and what it takes to get ready for truly challenging times.

The After the Collapse playlist is a great place to start.

Some channels paint some fantasy Mad Max scenario for clicks. For years the prepping community devlolved into sponsored gear reviews over "tactical" or "prepping" gear as taglines.

This guy challenges the viewers to reflect on hard questions without being alarmist.

The Canadian Prepper is also fun. He's got a bunch of videos telling us to lighten the heck up. 'Coz if we don't we'll all go crazy. 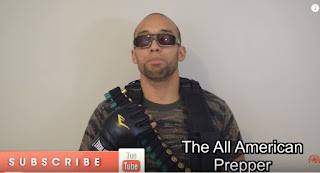 Canucks vs Yanks never gets old

I can pitch tent near this guy's shelter and would be dandy cool about that. I can't say the same about other preparedness guys there who give me the creeps.

He's got a good head on him and finds pleasure in sharing helpful knowledge.

Oh, and there's a really great online store too. Hey YouTube's been a real jerk to the preparedness community. Anybody how hurts our efforts to prepare for SHTF is definitely on my not-cool list. So check it out coz we need to stick together.

Anyway, check out the Canadian Prepper as soon as you can. He's also on Facebook too over here.

Stay vigilant!
by The Zombie Hunter at 11:55 AM No comments: Links to this post