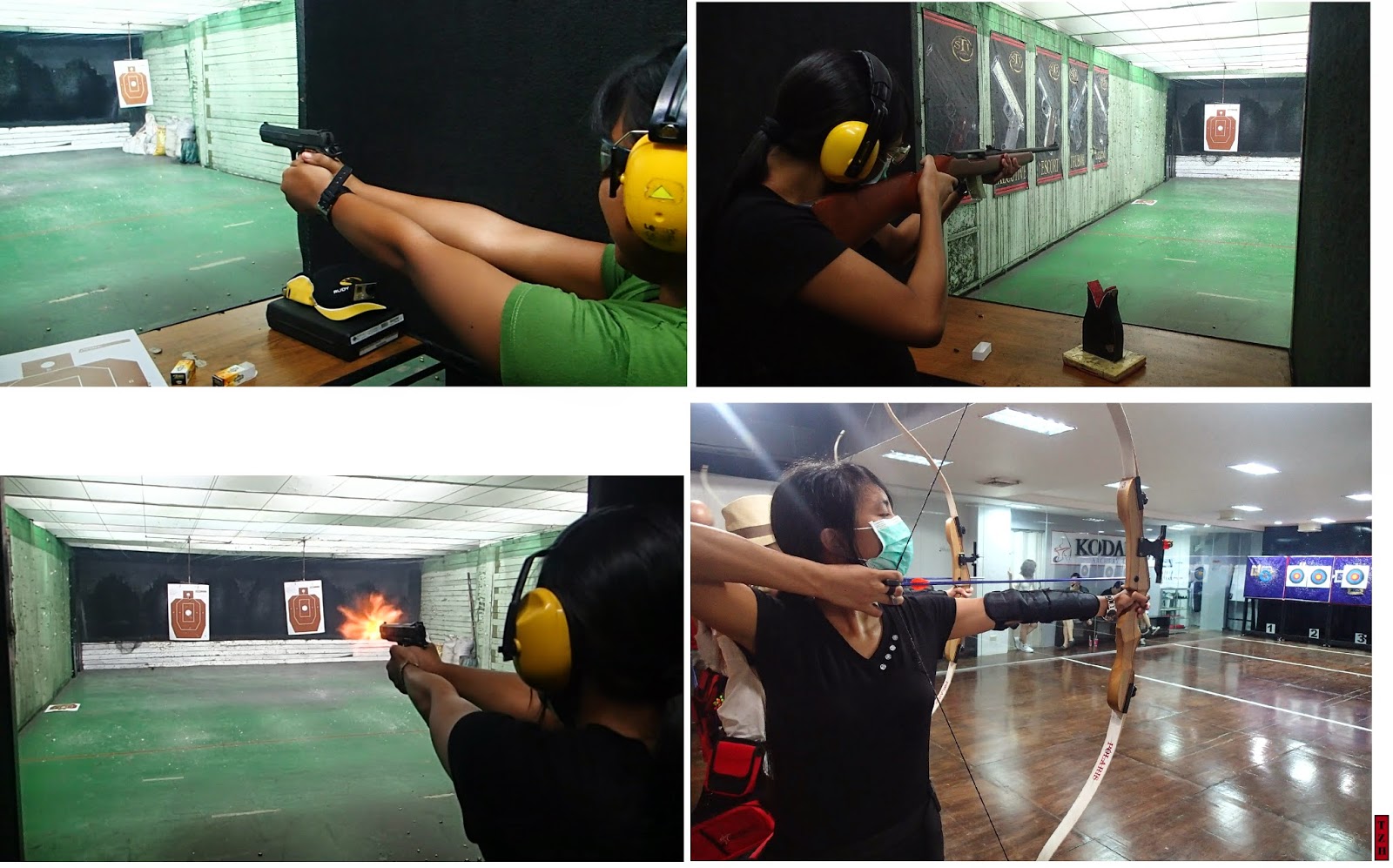 My nieces were on vacation at my place for summer break. One of them was interested in firearms and ninja stuff (15 years old), while the younger one (9) was more into animated movies, practical jokes, and generally girly stuff.

On a fine Sunday afternoon we paid a visit to the Makati Cinema Square (MCS) because they wanted to give archery a shot as well as learning how to shoot a pistol and rifle. After securing permission from ther parents (who are both firearm owners), we went off to learn new things.

I made it a point to teach the Rules of Firearm Safety. This was my primary goal for the day. I hope that getting them started with the right attitude would serve them well as they grow up and share these common values.

At the MCS you have the Kodana Archery Range and the Armscor Shooting Range. Lovely combo ain't it?


she wears a mask to protect her identity and loved ones

We started at Kodana first. The older girl (15 years old) was cool with arrows and she's a decent shot with her traditional Ifugao bow. No sights with iron-tipped arrows. It took a little getting used to the recurve's sighting apparatus but she became a good shot in a few rounds! It was important to get the fundamentals from the instructors and then to repeat the proper form afterward. Her best grouping for the day was head-sized at 15 meters. Not bad at all.

the ninja in training

Next we visited ARMSCOR. The younger one was more curious about this one and we got down to business after I gave them the all-important safety talk. Both of them were a little shocked at how loud the guns at the nearby bays were. It took a while to get used to it. We needed about 10 minutes before we could settle in the new environment.

I think the noise was the main obstacle to my students or to all new shooters. I think the Korean lady next bay was also a new student but was going nuts with her .45, yay. 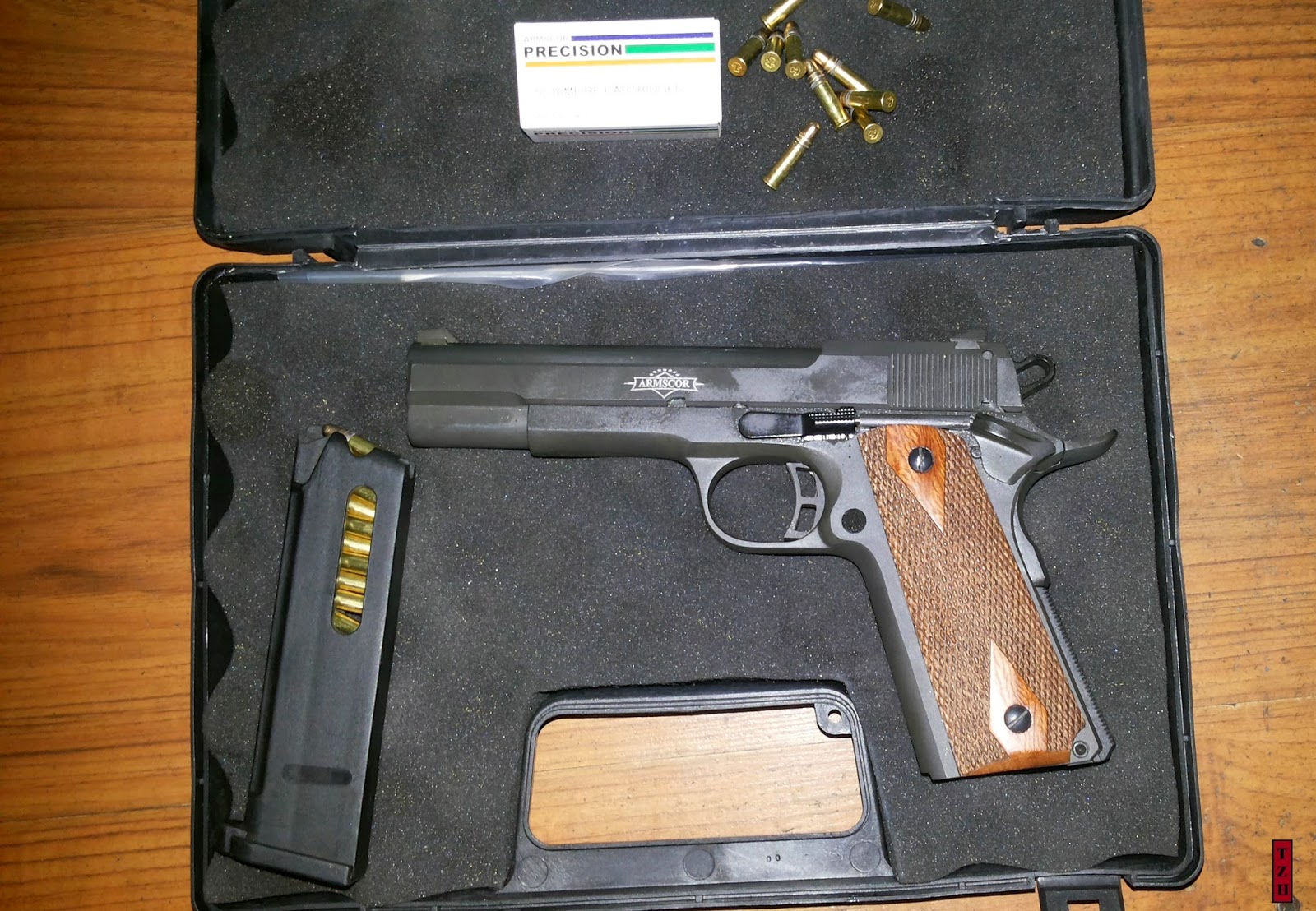 I demonstrated and taught the basics: posture, grip, sight alignment, trigger squeeze, and follow through. Our equipment for the day were the ARMSCOR XT-22 and M-22 Carbine, both in .22 Long Rifle. These were quieter and the low recoil makes them enjoyable to shoot and handle. As a bonus we also used the Armscor 1911 .45. Those made the bigger holes on the photo below.

All weapons functioned flawlessly even if they were dirty range guns. 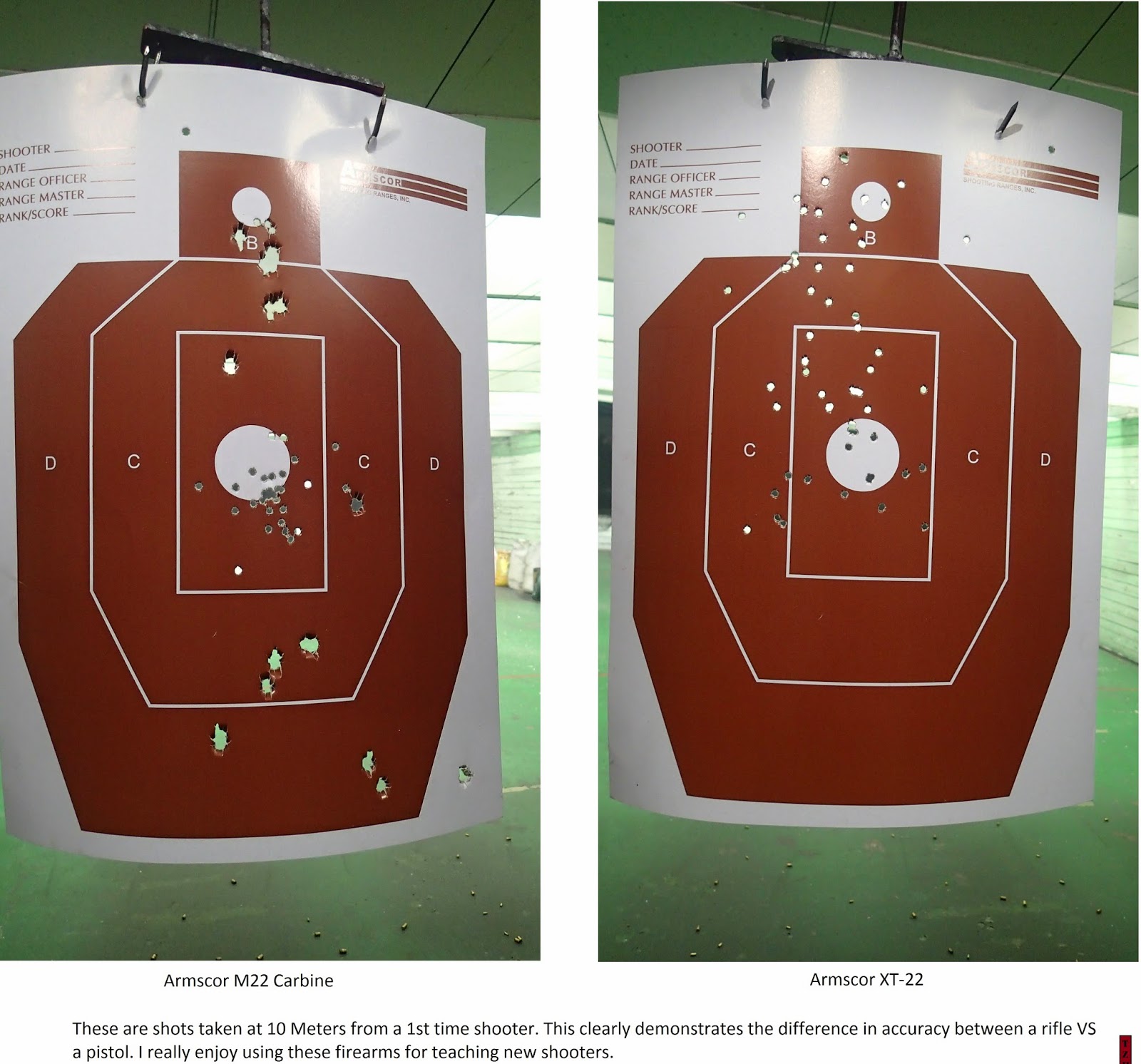 As you could see, the M22 Carbine on the left was inherently more accurate than a pistol. Fantastic grouping from 1st time shooters!

At the end of the day the girls learned how to do all of this in a safe manner and land decent shots using two kinds of weapons. I'm just really glad we all had a great time!