Activists from Greenpeace have recently staged a protest outside the Department of the Environment and Natural Resources. While I'm always wary about GREENPEACE, they managed to entertain me with their zombie attack at the gates of the government building. 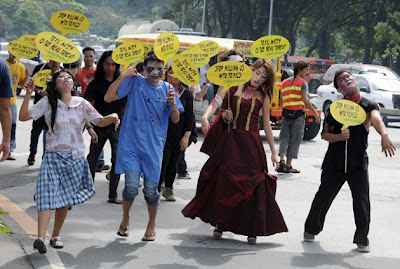 Its very well-known that big business pays off the inspectors to get away with dumping their waste that is filled with chromium, zinc, copper and nickel into key waterways. When you do something like that, you poison the water and the fish in it. You can't drink or eat. Life sucks. 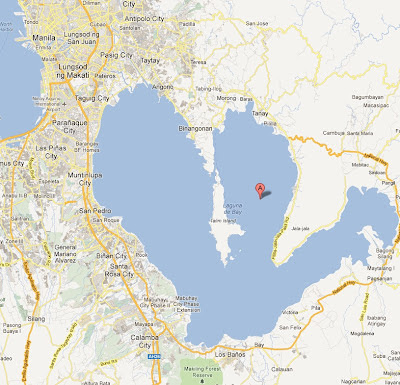 The amount of damage done by these companies to the Laguna Lake at this point cannot be determined. It has been going on for so long, it is a wonder that the ecosystem has been able to bear it.  This concerns me because we buy a lot of fish coming from this area.

As of this writing, three-eyed fish have not yet been detected by my agents. 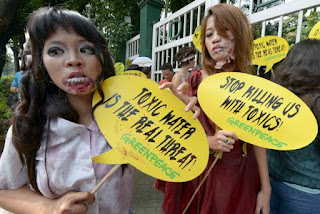 Despite my misgivings over Greenpeace, I cannot help but smile at this "attack" on the government. The problem with our fledgling democracy is how slowly our laws are passed. A lot of them are quite progressive but Congress is hopelessly distracted by the lobbyists and other unimportant things.

Congress are the real zombies. Most of them are mindless and bloated monsters who eat the flesh of the poor.


Perhaps a zombie attack like this could draw attention from various sectors. I hope this stunt gets noticed.

I also love the environment and I always do my part. Any body of water is a precious resource and I'd rate it as important as Health Care. I mean, look at how many people live around the lake! The thing is a fish basket and big industry treats it like a toilet.

Darn it, I'm getting worked up. Pollution is bad folks.

I'm back! Stuff I've been up to since July.

I've just been promoted to direct our Safety & Risk Management Group! Could you imagine how long I've been wanting to get this gig? I'll have access to all kinds of useful data and resources related to security, firefighting, structural design, and all sorts of survival stuff!

Our company (can't mention it) has made the very wise decision to promote such a qualified guy like me to be in charge.  I happen to be a certified Safety Consultant apart from my other skills like zombie hunting, survival, martial arts, firearms, first aid, and parenting.

Being the boss of Safety means I'm looking after the welfare of over 200 employees.

Hey, they have The Zombie Hunter looking after them! That is the one thing I don't put in my resume.

In my final interview my HR boss was like "are you familiar with facility fortification, intrusion prevention & detection , emergency and appropriate response?". Heck yeaaaaaaah! I then proceeded to ace the exam like a champ.


I'm now dreaming of a "Home Defense Analysis" on an industrial scale!

I can now build a defensive plan around our warehouse and manufacturing division's buildings that will be ZOMBIE PROOF.

Can your safety officer do the same? I thought not! :-)

I've also been to FOUR IPSC level-3 qualifier matches in preparation for the Australasia Tournament in New Zealand next February. I somehow managed to rank in the upper-middle of CLASS B, or #64 out of 400 competitors who want to go to that event. That is pretty cool coz next is Class A, Master, then Grand Master! 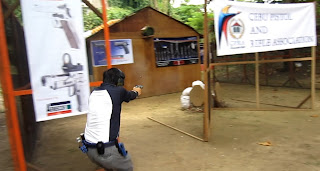 
These tournaments took place all over the country. I was able to see a lot of lovely places and eat exotic food. Hanging out with the top shooters in the world were icing on the cake! 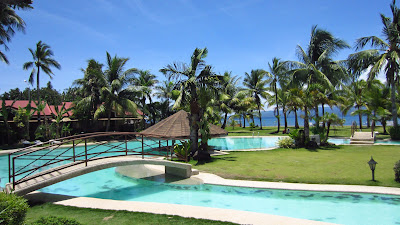 I sure hope to make it to Class A next year. That would mean I would consistently be in the top 15 in IPSC sanctioned tournaments. It will be a tough challenge, but I think things are looking very optimistic with enough hard work.

Just so you know, guys like JJ Racaza or Rob Letham are consistent Grand Master-level and World Champion guys. They do it all the time! They're my heroes.

Last Sunday night I completed my 1st 21-kilometer run! That is 13 miles and 86 yards. It took me 30 minutes because I was playing really safe. That was exhausting. I think I can bring it down to 2 hours & 45 minutes in my next run. Thank you Addidas. 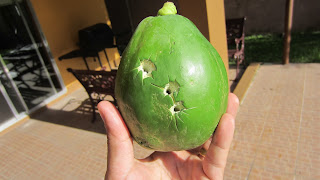 more on this later...

Its good to be back. I've got a few reviews coming up. I hope all of you have been healthy, happy and safe.