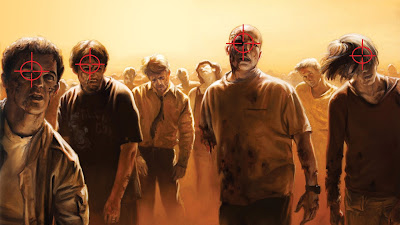 Bald zombies... are easier to hit.
I finally get to step up my training in the sport of IPSC practical shooting. There are a lot of big tournaments that I'm looking forward to join this year and I'm hitting the firing range on a weekly basis. Good times are here!
Even my dad is returning to competitive form. He scores higher than me most of the time, and that means I often buy the cold drinks & chow after range time.

Aside from competition, I am using this as an opportunity to upgrade my zombie-killing skills. The video below is me practicing against a row of steel plates.  I love shooting at those palm-sized targets because of the nice "ping" sound you get when hitting them. I get a warm fuzzy feeling from knocking them down one after the other.

If only I could get our Range Officer to design moving steel plates for me to train with. That would be awesome!


Above is a video of a "man vs man" match, I'm on the right. Two guys try to knock down their row of targets faster than the other guy. There are numerous variations to keep it lively. Indoor practice is good, but I love being out in the sun!
Whatever you do, please practice the fundamentals of FIREARM SAFETY. Wear eye and ear protection at all times, and set steel targets at the proper distance to minimize ricochets.
Train hard, train often, have fun. It directly contributes to winning the coming zombie war.


Stay vigilant!
by The Zombie Hunter at 11:39 AM 4 comments: Links to this post 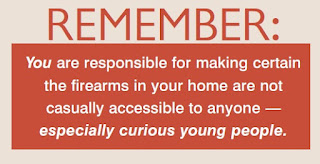 Folks, this is really important. Please visit PROJECT CHILDSAFE to learn how to store your firearms and gear.  Even if you don't own firearms, its the duty of every adult to establish a safe home and prevent accidents.

What is Project Childsafe?

Proper storage is an essential part of survival. Please spread the word.

Say thankya big big to Huey's Gunsights' article for this heads up.

What I did in May: Skills, Sports, Books & Stuff

I've been busy as a bee. The month of May was a hectic but productive one. Summer is practically over but I fed my brain with valuable things. 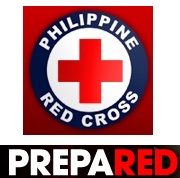 1. I spent a whole week getting my Basic First Aid Certification. Huge fun! I can bandage, splint, stitch, CPR, check for vitals, resuscitate, rescue-carry, and keep folks stable until an EMT arrives. You could imagine that I was gobbling up everything I could learn like a kid in a candy store. Its like I gained a level in real-life skills.

My manly man-purse now has a functioning 1st Aid Kit and the handy notes I took from the seminar. And speaking of gear, check out the details of a survival "Lifeline Kit" that they've put together. Mine's ready. Get to work!


I also want to send out my admiration for all those folks in the medical field. Especially the Red Cross volunteer guys who trained us who've saved lives and made things better for folks in a real way.


Ya'll make me wanna be a better Zombie Hunter.
2. I've been reading Cormac McCarthy's The Road and really enjoyed it. Its not a zombie apocalypse book per se, but the story of a father & son finding the will to carry the light through an unknown holocaust is a must-read. Surviving is not just the gear you carry or the skills you learn or apply. There are simpler, primal things that can propel folks past the limits of endurance in the face of endless desolation and crushing despair. Many people miss this point completely. 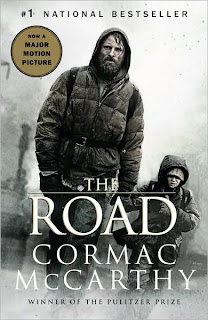 Now I wonder if the movie was any good. Reviews seem quite positive. My wife likes Viggo Mortensen, everybody wins.

Just remember, drugs are just as bad for your brains as a zombie nibblin on it. Can the media quit it already?


4. I'm getting back into competitive form for a big IPSC Practical Shooting competition this July. Its the 12th Annual "Bolo" Tuason Cup, and this will be my 3rd attendance. The tournament is Level 3, so I'm expecting to gawk at the best shooters in the country. They're so good, if we had this as an Olympic event we'd be hauling enough gold to make a Leprechaun greener with envy.

If all goes well, I'd hope to qualify for the 2013 Australasia Tournament in New Zealand in February! 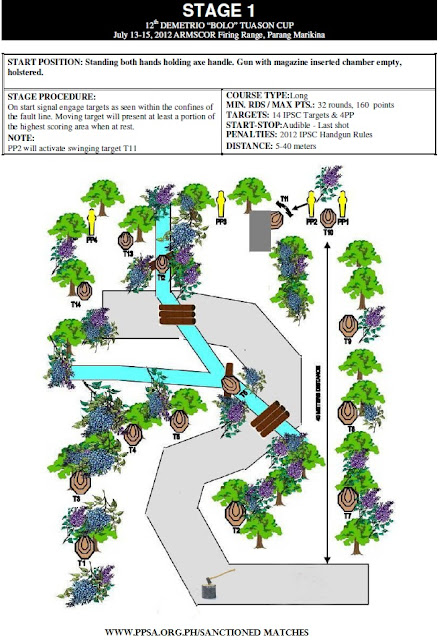 time for some Jungle Boogie
I hope this month was good for you too.
Stay vigilant!
by The Zombie Hunter at 12:21 AM No comments: Links to this post